It's another beautiful day! Are you reedy to "Rock & Roll" with us?

The best things in life
are the people we Love...
the Places we've been...
and the Memories
we've made along the way!
We are living in America! 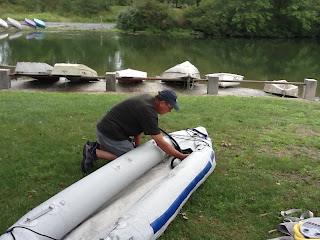 Yesterday, we took our Sea Eagle 385 Fast Track out for her maiden voyage.  We were having trouble knowing where we could put the kayak in, since we currently do not have it licensed.  The question being do we want a PA pass or a multiple state license.  We picked the Memorial Lake State Park, which was about thirty minutes from our home.  For $5.00 we purchased a week pass and into the water we went.  Although, the weather was overcast, we had a great first trip and all went well!  We forgot the camera, so we only got a few pictures with our IPad, before we went into the water.  We have decided to name our Sea Eagle - Sandy - after my uncle Sandy, who was retired Navy!   Anxious, to take Sandy...the Sea Eagle (every time I say that phrase, I hear John Travolta singing from Grease) out again on a longer voyage!
Hope everyone had a wonderful Sunday...if you have any advise on kayak licensing, please let us know! 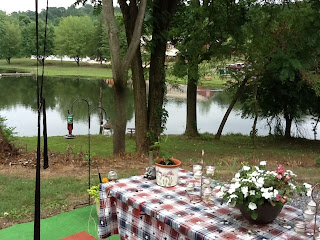 Well... writing this blog has been such a long time coming!  Wish I could say "why". but that question will always remain unanswered.   So here is what we have been up to!  The weekend of June 10th, we somehow moved into the RV as full-timer's.  Things were piled every where and between than and now, we have kind of gotten organized?  The ten weeks we had to sell everything and be out of the house is simply a whirlwind.  The truth is I know we did it but it all happened so fast that I bearly know  what happened to all the stuff!  People were all so excited for us, it was probably like riding a wave!

On June 26th, we were officially homeless!  That is what the guy's that Neil works with have named  it, he just smiles!  The transition was difficult, but all worth the end result.  It seems different to us since we are both still working.  On the weekends we settle into a fun campground routine and then it is back to the work week and things seem strange, but no matter it is still a fabulous lifestyle.  We are anxiously awaiting the time when we can pull out of here and start traveling!  Funny, until just recently we would have not been able to close the sliders and travel, because to much stuff was un-organized!

We have a seasonal site at Thousand Trails, Hershey Preserve, but all of our close neighbors come and go from their stick and brick houses.  Although, we know that there are a few other camper's that are working and living in their RV's, we haven't met them yet.

One of our favorite things is waking up every day and while walking Tatum or driving in and out of the park, waving to everyone and saying "hello", greeting each day with a smile.  You know that seems to only happen in campgrounds! 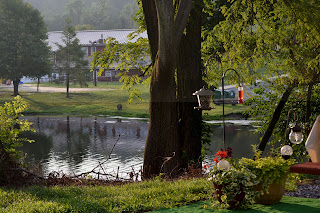 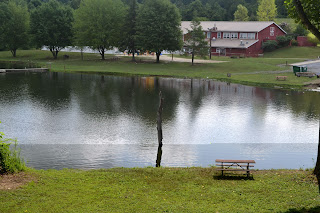 Have a wonderful day!

Neil and Nancy
Neil and I have been married for thirty two years. We have camped together from the beginning. It was simply the natural course for us to become "Full-Time RV'ers"! We are so excited to start this new chapter and we are very pleased to have you join us in our travel!